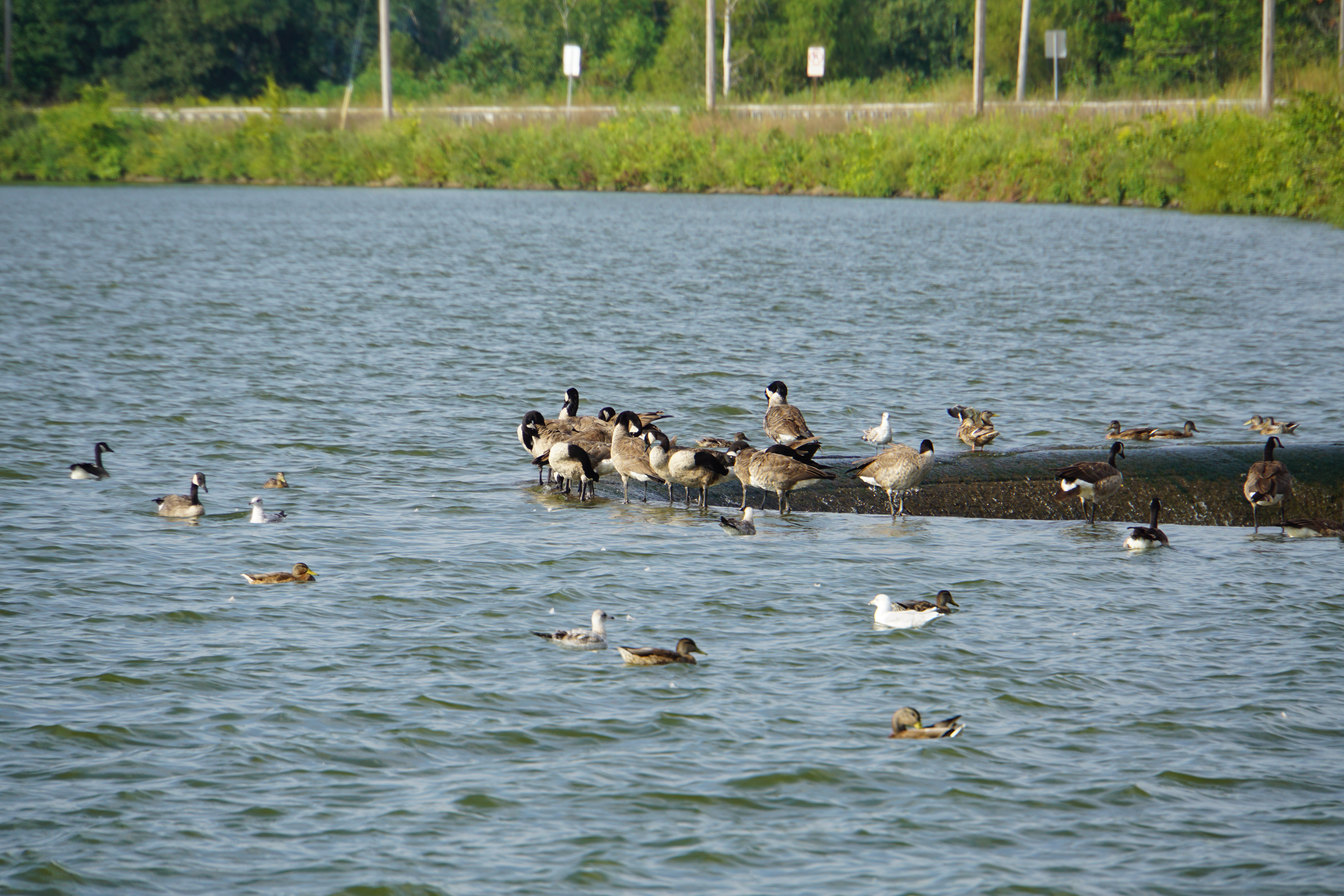 Where the Ducks Walk on the Fish

I’ve been home a few days now, and I realize the last time I wrote anything I was on the west coast. I have stories from my trek across I-40 back east, but today I want to tell you about the very first lesson I learned.

Listen to the Locals

Rest assured, this is not a cautionary tale (that comes later, in the Mohave desert). On August 21st, after viewing the partial eclipse from a rest stop on the highway, I checked into my first campsite; Pymatuning State Park near Linesville, PA. The lady at check-in let me drive around the park before I selected my site, and I picked one near a family, because yes, I was a little nervous about being out there on my own. I would also learn a couple days later in the trip that driving around and looking at the campsites is a must.

The campsite was beautiful. Right next to a lake, I wandered around and marveled at the adventure I was about to take and how at peace I already was, even though I refused to admit I was terrified.

The lady at check-in also told me before I headed to Ohio I absolutely have to check out the Linesville spillway, known as the place where the Ducks walk on the Fish. It is the only place in PA state parks where it is permitted, actually encouraged, to feed the wildlife. So the next morning I set out to see for myself.

I didn’t have any bread, but I wasn’t going to let that discourage me from checking this place out. However, if you go, and I recommend you do, bring bread. They expect it. The fish see you and open their mouths up out of the water waiting for their treats. Now, I didn’t see any birds actually walking on fish, but imagine thousands of birds (ducks, geese, seagulls) in the water, in the parking lot, on top of buildings, flying around. It must have been what inspired Alfred Hitchcock. I’m not the biggest fan of birds, but I was brave, the underlying theme of the trip.

Where the ducks walk on the water – Linseville Spillway

There was a concession stand that I’m sure, had it been open, would have sold me bread. But, I was there very early, because my day included two Hall of Fame museums; The Football Hall of Fame, and the Rock n Roll Hall Of Fame.

I’ll tell you all about those next time…

Mid-Atlantic US, The Great Roadtrip, Travel