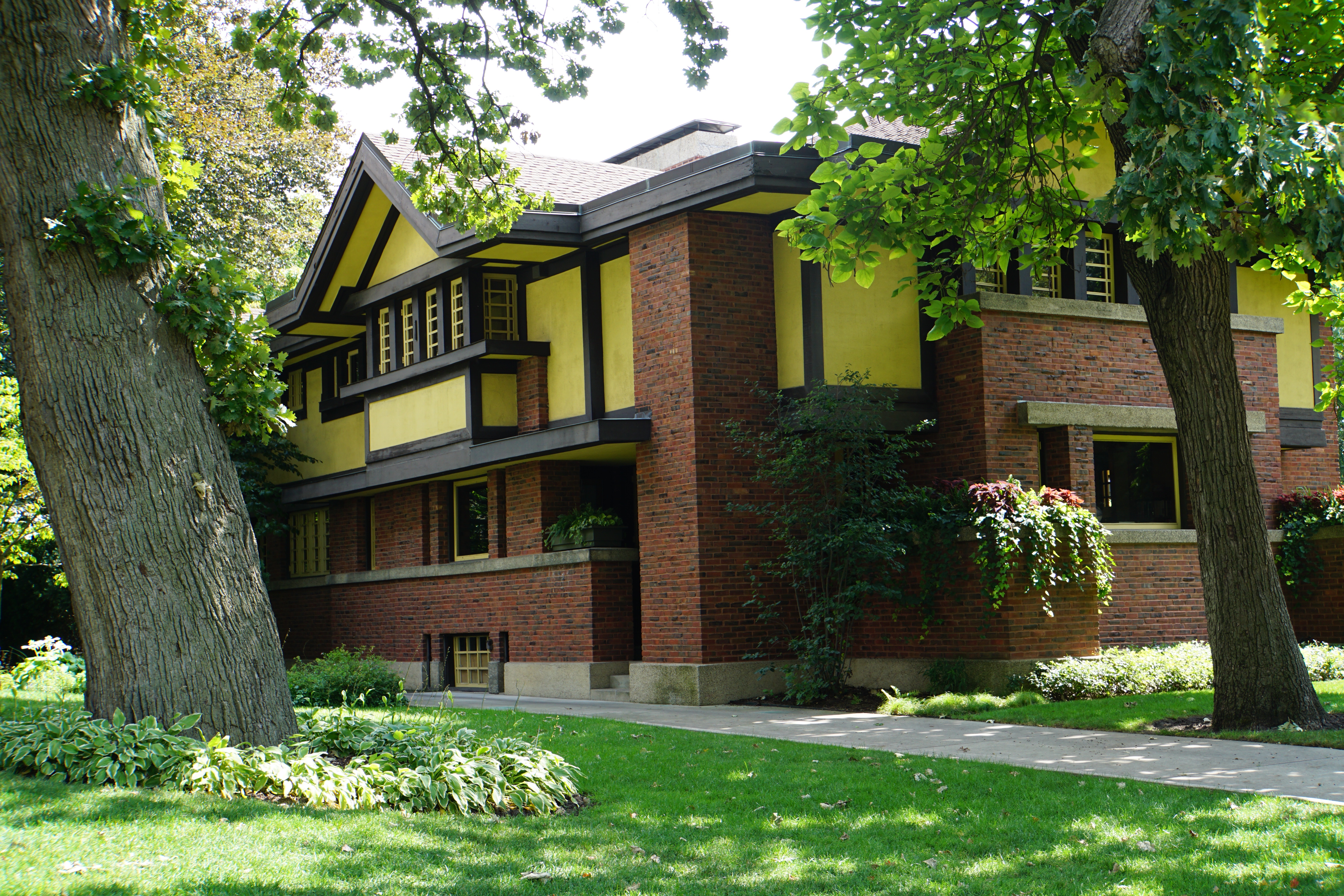 Surely my GPS must be wrong. A little over 2 hours to go the 53 miles from Indiana Dunes to Oak Park, IL if I avoid highways?

My GPS was not wrong. The Chicago Suburbs are huge, and the speed limit is a consistent 35 MPH.  I enjoyed the slower pace, and the opportunity to take in all the different towns around Lake Michigan.

Oak Park is the home to the most extensive collection of Frank Lloyd Wright designed houses and buildings. I lucked out and found a parking space right in front of Frank Lloyd Wright’s Home and Studio. Short on time (a theme of the trip) I checked out the gift shop but opted out of a tour of the house, and chose to walk along Forest Avenue to view the homes he designed. To my delighted surprise, the other side of the street had some beautiful Victorian houses as well.

From Forest Avenue, I walked east along Lake Street for two blocks to reach the Frank Lloyd Wright-designed Unity Temple. Here I opted for the self-guided audio tour, and I’m thrilled I did. It was wonderfully informational tour explaining the detail Frank Lloyd Wright put into the design of the interior of the church to reflect the Universalist beliefs. The exterior breaks the mold of churches, showing no steeple and no ornate windows, and has been described as the first modern building in the world due to its design using poured in reinforced concrete for its exterior walls.

I highly recommend visiting this beautiful building. For more information, head over to the Frank Lloyd Wright Foundation site.

I headed back to the car to journey on to my next stop. According to RoadtripUSA, Rockford, IL boasts the best German restaurant in the entire country. With a name like “Der Rathskeller Restaurant,” I feel like they might be on to something. Another 2 hour drive through Illinois, and I limped into Rockford.  I was pretty exhausted and famished.

Unfortunately, their website is currently under construction, and that was one of the few plates of food I did not take a picture of. Therefore I can’t tell you exactly what I had. I can tell you I ordered 4 dishes, enough that the bartender needed one of those big trays to bring it over to me. I know sausage was a big theme. I know the food was absolutely delicious. A lot of it made it into my car fridge to be fried up on the camp grill later.

I know I also decided I was not going to drive any further, and checked into a Holiday Inn Express in Rockford, and slept like a baby.

The next few days would be more driving and less site seeing, but I did see a few cool things along the way. You’ll have to wait until my next post to learn more.