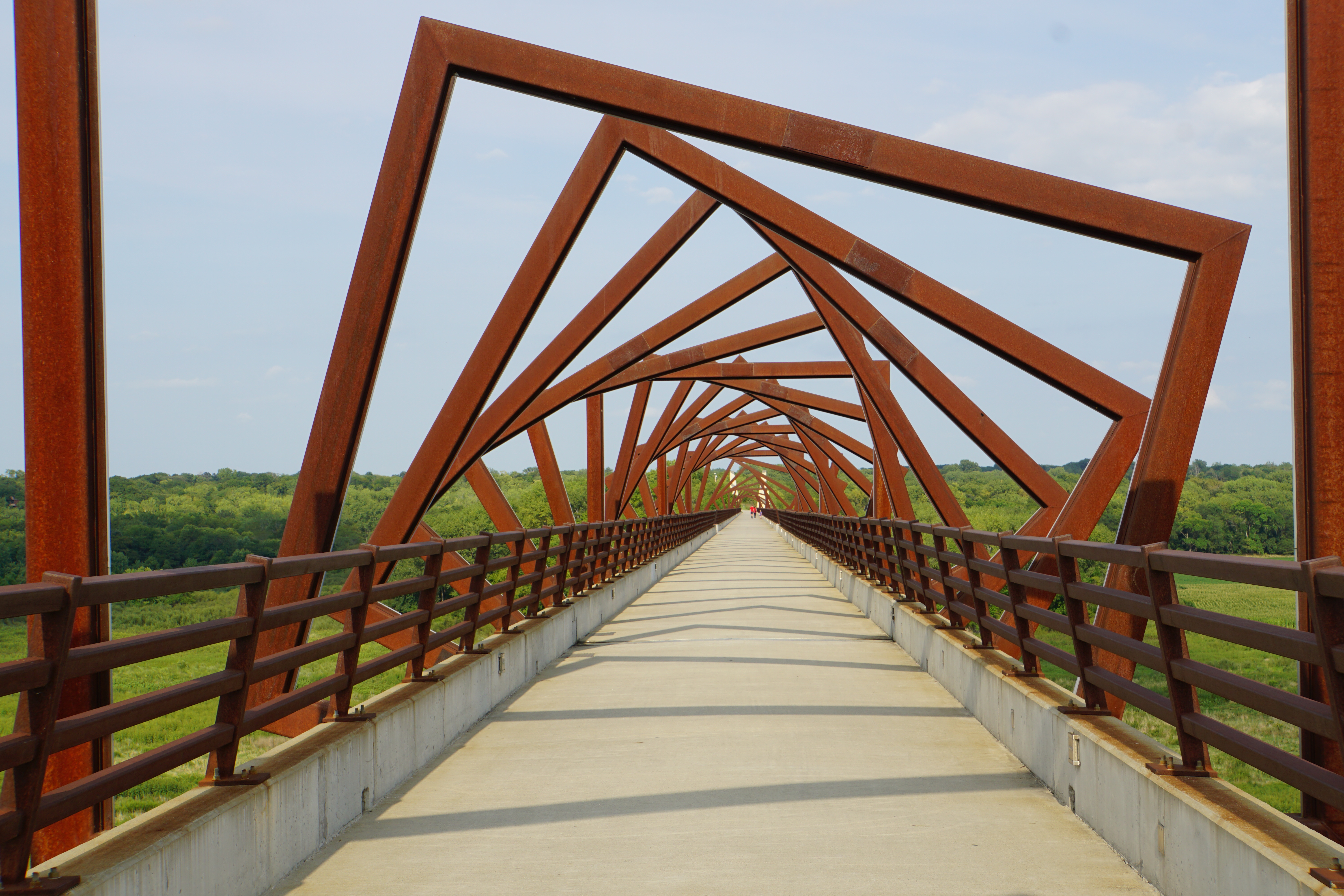 If You Build It, They Will Come

On August 25th, I crossed the Mississippi River in Dubuque, Iowa. It was such a milestone for me as a new driver, and someone on a road trip, I fired up the dashboard camera and captured a video of me driving across.

My first stop for the day was the Field of Dreams Movie Site near Dyersville, IA. To be honest, it has been decades since I’ve seen the movie. But what is a trip across middle America without a visit to the Field of Dreams Movie site? Admission is free, and you can walk around the playing field to the acres of cornfields that surround it. I did not do the tour of the house. However, in the gift shop, there was a toy VW Bus that I had to have on the dashboard of my VW SUV. I should go back and watch the movie, so I understand the context.

Next up was The Walter House at Cedar Rock. The Walter House is a Frank Lloyd Wright Usonian estate in Quasqueton, Iowa. I was on a tight schedule and couldn’t afford to wait the hour for the next tour, so I walked down to the house (not knowing I wouldn’t be able to enter it). The path goes through a vast field and around a bend before opening on the traditionally modest design of the Cedar Rock house. As is Frank Lloyd Wright’s style, the house blended in nicely with the surrounding landscape and consisted of sharp lines and some floor-to-ceiling windows. I could see some of the furniture he designed through the windows, and I really wish I’d done my research better so I could have made the time to tour the inside of the house.

My next stop for the day was the High Trestle Bridge. This proved to be another long walk to my destination. I didn’t mind the opportunity to stretch my legs. I did neglect to budget time for walking, so that caused a bit of anxiety. However, my perseverance once again paid off, and the bridge was absolutely stunning. It’s hard to describe the view, but when you live on the east coast, you see magnificent views that one could argue are not as vast as what I saw from the High Trestle Bridge. It’s as if you took a view from atop the Appalachia, and spread it out wide. The bridge is part of the High Trestle Trail, a 25-mile long recreational trail. The bridge itself is 13 stories high, and one of the largest trail bridges in the world. Fortunately for my fear of heights, it’s a very sturdy bridge, made of 10-foot wide concrete. The bridge is a few miles outside of Madrid, Iowa. At night the bridge is lit up, but I chose to go during the day since going at night would mean driving to my final stop in the dark.

A word of caution. Go to the bathroom before you make the trip. There are no bathrooms at this point in the trail, or in the parking lot. I frantically raced back to the car and found the nearest gas station. Made it just in time!

My last stop of the day was Springbrook State Park. I selected a campsite that backed up to the woods and set out to grill the sausage I had left over from Der Rathskeller. One of the best purchases I made in preparing for the trip was an Igloo car cooler that came highly recommended by truckers on Amazon. Although not everything survived (Pro tip, don’t pack frozen seafood), it was perfect for leftovers, and essential items like eggs, cheese, and bacon.

I made my first friend (waving to Anne!) the next morning, who recommended I make time to check out some of the trails before I left the park. Since I was heading straight to Sioux City, and a hotel, I thought why not and checked out the lake just behind the campsite. This is where I started to feel like I had a rhythm going, with setting up camp, driving, and generally enjoying what I’d set out to do.

About halfway to Sioux City, I stopped at a restaurant in Denison, IA that had been serving classic American grub since 1929 named Cronks Cafe. I sat down to the best hot roast beef sandwich smothered in brown gravy.

In Sioux City, I decided it was time to pick up a roof rack for the car. The challenge I’d run into was that with the car packed up, I couldn’t get to the totes that had my snacks, books, flashlights, or anything useful. I thought with a roof rack, I could store my camping gear in there, leaving the totes accessible and making it easier to keep a clear line of sight behind me. The woman at the Sears Auto shop recommended I get a waterproof cloth roof rack, after explaining that one; I’d need the cross beams installed by a VW dealership and two; she’d seen horror stories of empty plastic ones destroying roofs. I used the Sears credit I earned buying tires from them in an unfortunate incident in Central New York (a blog for another time) and only had to shell out a few dollars more.

The staff at the hotel were also accommodating and friendly; providing me with suggestions for places to visit further along on my trip. One of those places turned out to be a fantastic find that I wrote about in “A Little Rough Around the Edges.”

I was moving from “What on earth am I doing?” to “Oh, this is fun.” I took some time in Sioux City to make changes to my travel schedule based on what I’d learned so far (including, unfortunately, cutting Colorado completely out of the trip), and repacked the car for the next leg, through South Dakota, Wyoming, Montana, and on to Seattle.

One response to “If You Build It, They Will Come”