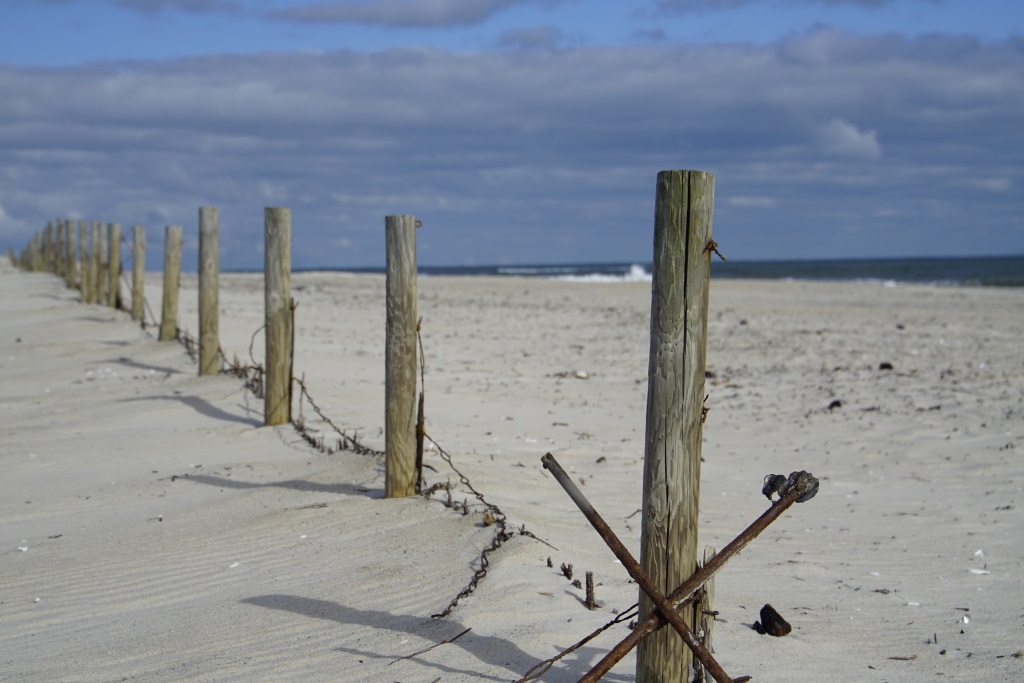 As much as I love to cook, the idea of having someone else prepare Thanksgiving dinner has become more and more appealing these past few years. My mom and I reprised our trip from the previous Thanksgiving (if it ain’t broke, don’t fix it) and headed out to Rehoboth Beach, DE, early Thursday morning.

On January 27, 1873, the “Rehoboth Beach Camp Meeting Association of the Methodist Episcopal Church” was incorporated by the Delaware legislature for the purpose of establishing a “permanent camp meeting ground and Christian sea-side resort.”

While Rehoboth is no longer a predominantly Christian town, many small white-steepled churches dot the landscape along the 2 1/2 hour drive from D.C. to the shore.

A Feast Fit for a Queen

We checked in to the Atlantic Sands Hotel with an hour to spare before our dinner reservations at 2:30 PM at the Irish Eyes Pub & Restaurant. The feast was as wonderful as we’d remembered it from the previous year. And, I stuffed myself painfully silly with turkey, ham, homemade mashed potatoes, stuffing, cranberry sauce, oysters, shrimp, and pie.

We returned to the hotel to watch the Washington Redskins play the Dallas Cowboys. As a Redskins fan, it was a disappointing game. However, as a Redskins fan, I’ve also grown accustomed to that feeling.

However, I was soon feeling better as I watched the full moon rise over the Atlantic Ocean.

Even if it was a very, very cold evening. Temperatures were in the 20s Fahrenheit and very windy.

Assateague Island is a 37-mile barrier island, with two-thirds in Maryland. The remaining third, also known as Chincoteague, is in Virginia. It’s also home to beautiful wild horses, rumored to be the feral descendants from domesticated horses that survived a shipwreck off Virginia’s coast.

At the very top of the map above is our starting point for our Friday adventure. We drove down the infamous US Route 1 until just north of Ocean City, MD.

US Route 1 is considered the first interstate highway in the United States.

It runs 2,369 miles (3,813 km), from Key West, Florida north to Fort Kent, Maine, at the Canada–US border, making it the longest north-south road in the United States.

To access the northernmost part of Assateague Island, just south of Ocean City “as the crow flies,” we had to turn west to US 113, then south again.

We explored Assateague State Park in Maryland for a while. Then we decided, why not head down to Chincoteague? While it looks like a direct route down the barrier island, it’s actually not possible to drive between the two parks. Much of the land is preserved for the ponies that occupy the island. There are places on the island where you can go off roading through the sand, with the right permits and equipment. I was gently reminded I have neither the proper equipment nor sufficient experience.

Instead, to get to Chincoteague, you head back west to US 113 and drive about an hour south to into Virginia then back east to the coast. Both parts of the island have their own appeal. Assateague is wilder, and Chincoteague is also a coastal beach town with the fanciest KOA I’ve ever seen.

We were fortunate enough to end up in Chincoteague when they had a service road open for visitors. We did not make it the full seven and a half miles up the service road because it was slow going, and it was getting late in the day. Plus, the ponies know it’s their land, so they had no problem stopping traffic.

We made it back to Rehoboth from Chincoteague. We had dinner at Dogfish Head Brewing & Eats, a recent staple in the Rehoboth scene.

Back at the hotel, I read the local guides the leave in the room. There was an article about the Methodist churches that dot the Delaware landscape.

Methodism was not invented in Delaware, but American Methodists nevertheless owe the state a debt. During the Revolution—when patriots were hostile to the denomination—Delaware was its spider hole.

A particular church caught my interest. I found that the Nanticoke Indian Tribe embraced the Methodist church and chose to make their own house of worship that combined both cultures. The article pointed out that the cemetery had several headstones displaying both the tribal name and the Christian name of the individual buried there. It was on our route back home, so we decided to visit the Indian Mission United Methodist Church.

All in all, it was a wonderful trip through one of my favorite regions just a couple hours from home.

2 responses to “Thanksgiving On Eastern Shores”