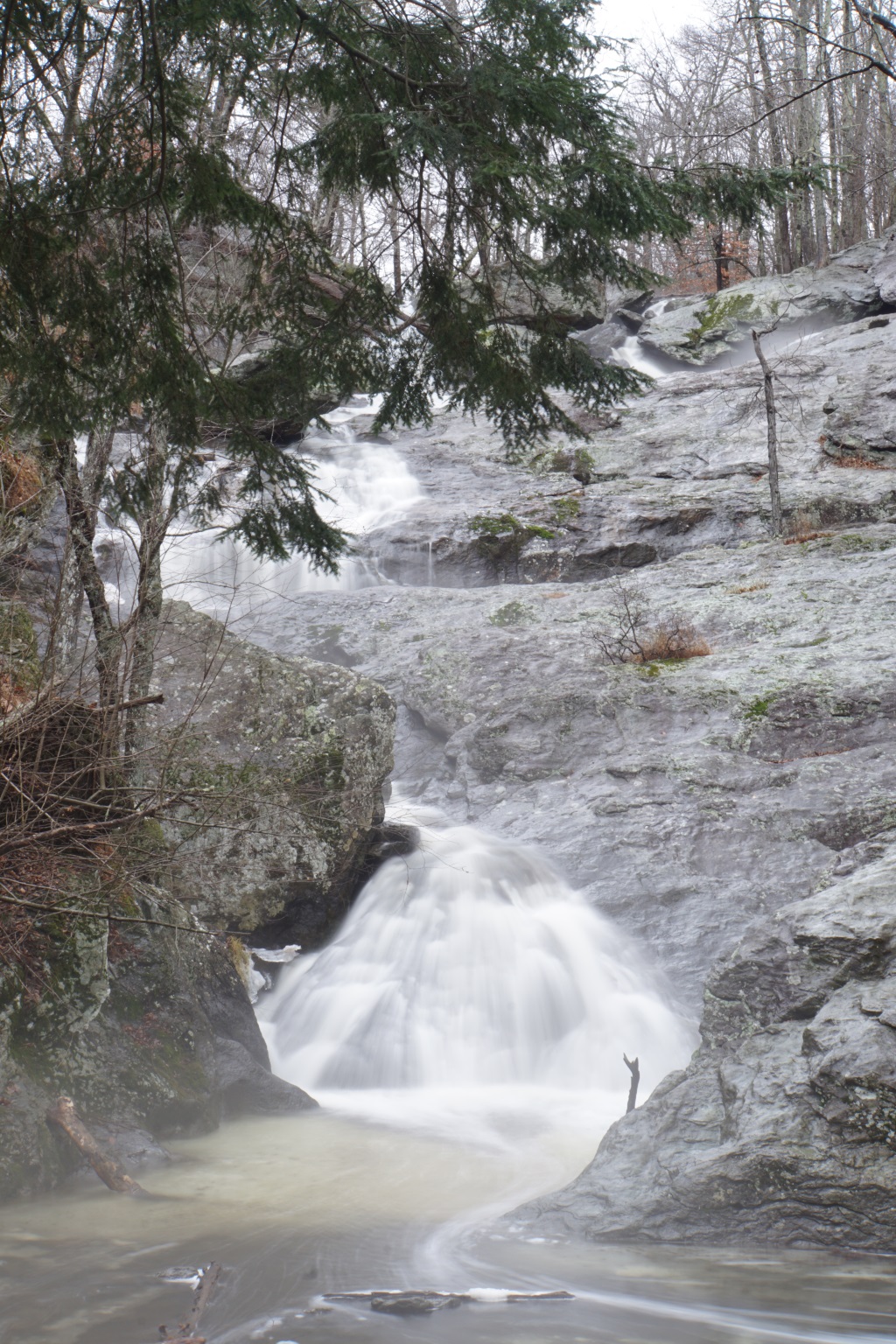 I’m taking a break in my journaling of the Great Road Trip to talk about a more recent adventure.

2018 started out in the middle of nearly 3 weeks of subfreezing temperatures in the Mid-Atlantic, a place that generally has mild winters. To top it off, I started 2018 with a massive cold (maybe the flu?) that had me laid out for at least a week. When I heard rumor of a 67-degree day, even with rain in the forecast, I knew this was my chance to get outside. A recent article from Capital Weather Gang intrigued me into opportunities to see frozen water on warm days.

I selected a park I’d only been to twice, and not in many, many years. Cunningham Falls is just west of Thurmont, MD. While the falls themselves are in the Cunningham Falls State Park,  Catoctin Mountain Park, part of the National Park Service, borders the Falls just to the east. Instead of taking the direct, approximately one hour route up the interstate, I opted for, as I often do, the scenic route estimated at just under 2 hours.

Of course by the time I reached Catoctin Mountain Park I had to use the restroom something fierce, so I stopped in the Visitor’s center that is just before the turn for the Cunningham Falls State Park. This is where I learned there is an approximate 3-mile round trip hike to the Falls from the national park. However, because I wasn’t sure how my stamina would hold up after the cold, I opted to use the state park trail, a mere 1-mile out and back path. There was an entrance fee for the state park side, but I’m always okay with paying a nominal fee for the upkeep of wildlife areas.

Barely two minutes into my trek I was already gasping for air. Good grief! The cold really took it out of me. However, I’d regained some of my lung capacity on the way back, and I know a few more short jaunts like that, and I’ll be good as new.

The creek was still mostly frozen, but the falls were raging. After 30 minutes of fussing with the tripod and my camera settings, I finally learned how to take those “soft” waterfall shots I’ve seen in famous photographs.

Catoctin Mountain and Cunningham Falls are two of the most popular parks in Maryland. Thanks to the season and the day of the week, I saw less than a handful of other people. I’d love to go back and hike more of the trails, but I don’t think I’ll be as lucky with the crowds as I was yesterday.

Yesterday the high temperature in Catoctin was 67, today it’s barely 30 degrees and currently blanketed in 3 inches of snow. I’m glad I took my shot to get out.