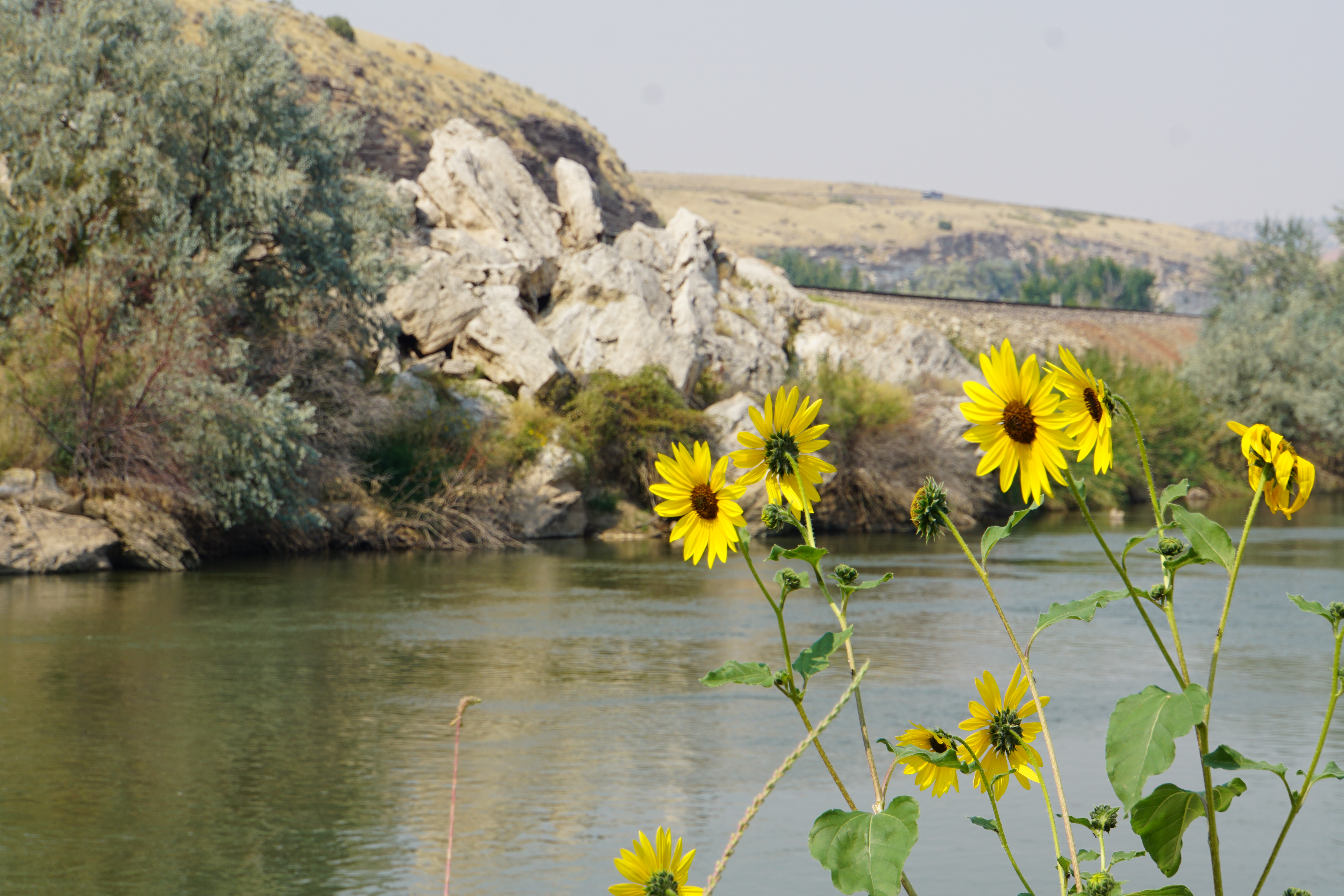 When I initially planned The Great Roadtrip, Thermopolis, WY was not on the list of destinations. As a matter of fact, I expected to drive down from South Dakota to Colorado and Utah. However, once I got to Iowa, I knew I needed to make some changes to my route. On that first leg of the trip, I learned that five hours of driving, plus setting up and breaking down camp, was really the maximum for a single day if I wanted to enjoy my trip. The drive to the Garden of the Gods in Colorado from the Black Hills Forest in South Dakota was 6 hours on the interstate, another 7 hours to Canyonlands National Park in Utah. The helpful staff at the Hampton Inn & Suites in Sioux City South told me about the Hot Springs State Park in Thermopolis, which was on the way to Yellowstone.

On August 31st, I headed out from the Buffalo KOA for a beautiful short 2ish hour drive to Thermopolis. I planned to stay there for two nights, so I’d have a full day of not driving. I picked a cute hotel in downtown Thermopolis called the Roundtop Mountain Motel. When I got there, the front office was closed, so I drove down a few blocks to downtown Thermopolis looking for a place to eat. On Broadway (the main street through town), I found the One-Eyed Buffalo Brewing Company. Lunch was deep-fried cheese curds, a kraut dog with onion rings, and a Ring of Fire black IPA. I’d never heard of a black IPA, so I had to try it. It was so good I asked for a growler to take home.

I returned to the hotel and checked in, asking for recommendations on the Hot Springs State Park. The suggestions I received would be put to use the next day, but on this day, I headed back to the room, worn out from just 11 days of traveling. Besides, the last preseason game for my football team (the Redskins) was soon to start.

I slept exceptionally well and woke up ready to spend the day relaxing. I walked down to the Thermopolis Cafe, enjoyed a massive breakfast, and headed back to the hotel to capture the scene in this post.

From there, it was time to explore Hot Springs State Park. I packed my bathing suit and a towel and drove over to the park only 2-miles from the hotel. I tried to follow the directions I received from the woman at the hotel the night before, but I really should have written them down. I drove around the lower half of the park, finally thinking I’d found the place she was talking about. The state park has three hot springs “parks” within it. The one she referred to was called the Tepee Pool, but I ended up at the State Bath House, which I later found out was right next door to the Tepee Pool.

The State Bath House allows you to enjoy the hot springs completely for free, an agreement that stands today from when the Shoshone and Arapaho tribes gave the hot springs to Wyoming. The tribes insisted that the springs remain accessible to the general public without charge. There is a time limit of 20 minutes due to the risk of prolonged exposure to the springs’ high temperatures, but after 2 hours, you can come back. After the most relaxing 20 minutes of my entire trip, I changed out of my bathing suit and headed out to “kill” two hours so I could come back to the State Bath House.

There’s a driving loop that goes up into the rest of the state park, where a large herd of bison roams. A wayside sign in a gated area meant to be a safe place to go when bison are near taught me these beautiful beasts weigh over 2 tons and can run up to speeds of 40 MPH. I continued to drive the park looking for bison and finally spotted a herd in a park’s secluded area. Staying on the road, I drove as close as I felt comfortable and quickly snapped some pictures before rolling the window of my car back up and driving along.

After washing up and doing some light repacking of the car, I walked down to One-Eyed Buffalo for dinner. This night’s dinner was pretzel sticks, spinach artichoke dip, and jalapeno poppers with a Peach Blonde Ale (or three) to wash it down.

The next morning as I was packing up to leave, I met a delightful woman with quite a story to tell about overcoming hardship. It’s not my story to tell, but it was one of those stories that will break and heal your heart at the same time. She was also insistent that I visit a pow-wow at the Wind River Reservation. She was kind enough to call the reservation to find the time of the pow-wow, but unfortunately, it was later in the evening than I was prepared to be on the road for. But, I will find a way to see a pow-wow one of these days! Lastly, she pointed out that the haze I thought nothing of was actually from the wildfires 500 miles north in Montana.

I did drive through the Wind River Reservation on my way to the Teton National Forest and the Jackson Hole / Snake River KOA. My campsite was down by the river and required an escort. Because to get down to the river sites, you had to drive down a narrow dirt path at a 10ish degree angle (maybe higher?). It was completely worth it because my tent pad was indeed right next to the river.

Sleeping to the sound of the river just continued the feeling of zen I picked up in Thermopolis, even if I had no idea how I would get back up out of the campsite. The air was beginning to get thinner in Jackson Hole even though it’s a valley; because it’s still approximately 6,000 feet above sea level. I managed to adjust within a few hours, in part thanks to the fact that the bathrooms were up the hill from the campsite.

After a night on the Snake River, it was time to navigate the Labor Day holiday crowds to explore the Grand Tetons and Yellowstone National Park.